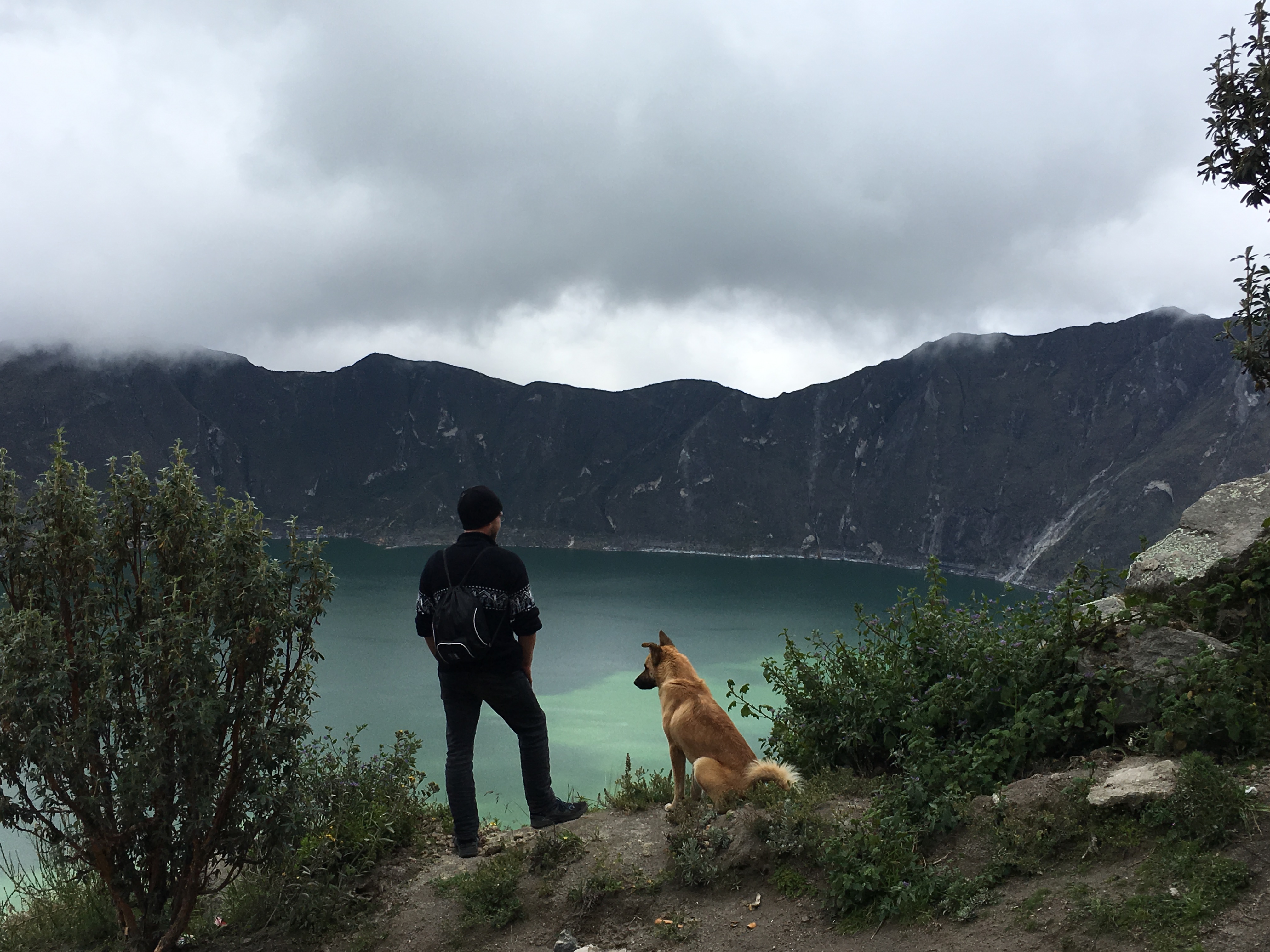 This is the last part of the Awaken-Travel-Experience. If you have not read the first part, you can do this here. In the last week I climbed very high but looked into the abyss simultaneously. We drove to south until Latacunga and Banos. From there we headed to different adventures.

Day 8 – To the middle of the earth

Here crazy things happen. The sun shines vertical on your head and water is turning clockwise and the other way around. What´s going on there?

Mitad del Mundo (The middle of the earth) is a monument at the equator in San Antonio de Pichincha, 23 km north of Quito. It was built around 300 years in reason of a french expedition and is 240 m away from the exact equator [1]. With the todays GPS technology it was possible to get the real data.

So there are two places and with Awaken we visited both places. First at the real place, crazy things happen.

On the area of the monument are four sign that shows the distance to different cities. A little far away from the Muddastdt (Berlin) 😉 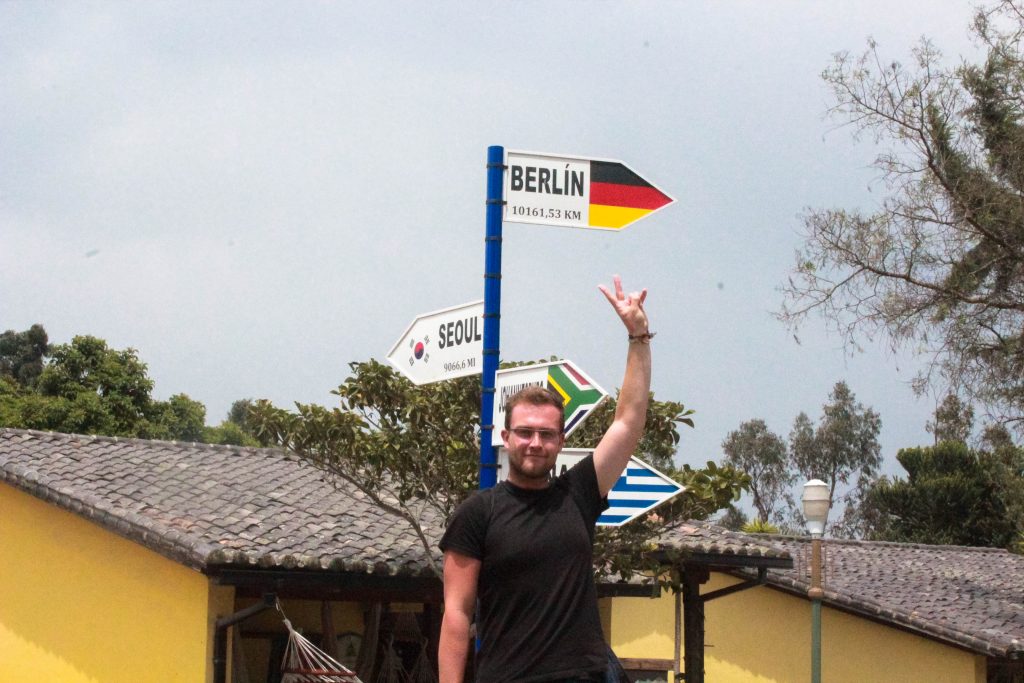 Day 9 – Test of high altitudes on the Cruz Loma

Before we headed to real altitudes we wanted to test our lungs at 3950 m. For this we took the TelefériQo up to the mountain Cruz Loma, the east side of the volcano Pichincha. Unfortunately the clouds covered the mountain completely, that we could not see anything. The rain was too much and we headed down after 30 minutes. Anyway we got a nice impression of the low air density 😀

In the afternoon we went back into the city to the Artesanal Mercado. That is a big market for clothes, chocolate, coffee and many things from the region. Like in other countries I have visited, try to negotiate…

Day 10 – Cotopaxi and a personal record

On this day we left Quito to south to reach Latacunga. But before we reached it we climbed up the volcano Cotopaxi, the second highest active volcano of Ecuador. The last eruption was in 2015.

It is not recommended to climb more than 300 m a day, that we drove to 4600 m with the car. From there we headed straight up to 4864 m by foot to the house Refugio Hosé Rivas. We need a little more than an hour but it felt like 8 hours in the techno club (which name I can not say for security reasons :D). Every meter was unbelievable hard and the air became thinner and thinner. As we arrived, my body produced serotonin. It was an amazing feeling to stand there (: 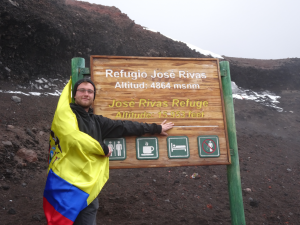 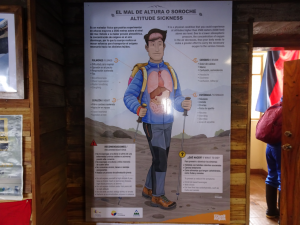 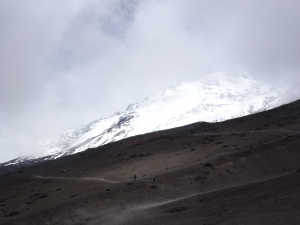 After we warmed up ourself in the house and ate something, we wanted to get higher to touch the first snow. As another traveler checked his phone and realized that were are very close to 5000 m, we thought we want to make it! It was incredible how our ambition gave us power. And the air became thinner and thinner 😀

And then finally, with less air in the lung, on 5012 m the weather changed immediately. We were such high that clouds passed by instantly and we did not see anything anymore ^^. 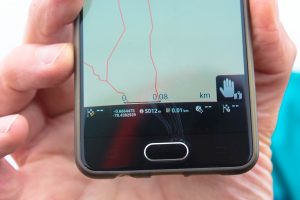 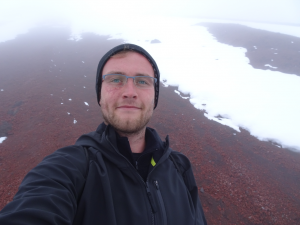 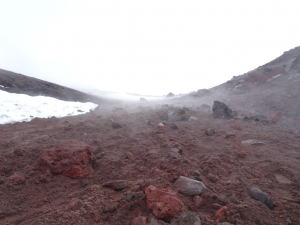 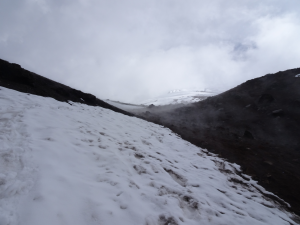 On the way back we passed by at the lagoon Limpiopungo. The nature was amazingly nice and beautiful there. 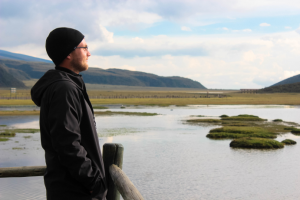 Day 11 – Quilotoa, a lake inside a volcano

From our accomodtion in Latacunga we drove 2 hours to the volcano Quilotoa. To get to the volcano lake we had to step 300 m down. The way felt infinitely but look… 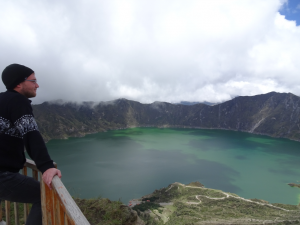 The water gets its color through the minerals of the volcano and can change it again. It is not recommended to take a swim there because it is not healty for the skin. A few french people did not mind.

The way up was the hell. Because of the Cotopaxi walk a day before this day felt much worse and you have to keep in mind, that we were still at 3000 m.

From Latacunga the way more south, we arrived in Banos. No, I do not mean the bathrooms, I am in talk of a city with many activities.

On the same day we visited the Casa del Arból. There you can find a swing over an abyss. We had much fun there 😀 The ARD-Studio from Mexico was there as well, of course. They were in Ecuador to find the most expensive chocolate. Obviously you can find it at the airport… 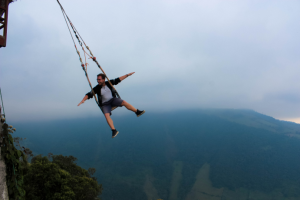 In the afternoon we took a trip to a waterfall with immense power, Pailon del Diablo. 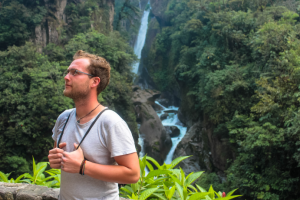 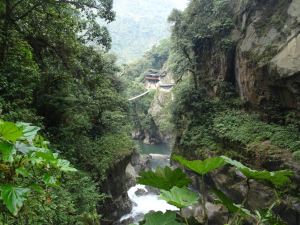 On the last day everybody could choose one activity. The other 3 travelers decided for the horse-back-riding but I wanted to jump from the bridge. After the horse riding it was the time to go to the bridge San Francisco, what a coincidence ^^. There I got my equipment for the jump and go. Because it was so much fun I jumped a second time 😀 The last jump I can show you and it looks better though. This feeling to fall completely for a short time until the rope catches you, indiscribable. For a moment so much adrenalin will be released in your body that you just can scream. Days after the jump, I still could feel a electric shock through my body until the end of my feet, as I put myself back into this experience.

Day 14 – Back to Quito, passing by Pelileo Jeans

On the way back to Quito we stopped in a city called Pelileo. There is a street where you just see jeans stores on the left and right side. The city has a manufactury for jeans and other clothes and you can get them there very cheap. Just take your time there until you find your bargain.

Which psychological marks have the two weeks left in my mind?

I think the experiences are telling a story. We have seen a lot from the country and lived a lot. Tried extreme things and put our body to the limit. These two weeks were exhausting but it was worth it (: This year offers more Travel Programs with Exploring Focus. If you feel ready for the adventure, do not think to much about it and do it! You will not regret it 😉