In this blog post I provide information about Punta Allen and what you can expect there while story telling about my adventure in the Sian Ka´an biosfera.

I was already two day on the camping side Panco Pilla in Tulum. The whole day I was chilling but this made me nervous. So I decided to leave on wednesday, to go into the Sian Ka´an Biosfera. 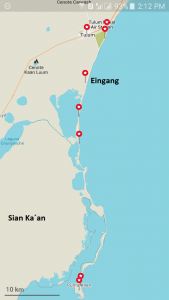 The way to Punta Allen

On the map you can see Tulum on top and Punta Allen on bottom, to where a 50 km “street” leads. After the entry (Eingang) begins the Sian Ka´an area. It is a jungle with lagoons and lots of animals like jaguars, birds, crocodiles and dolphins! After the entry you can not cross to the other side by foot because from there the sweet water logoon starts as well. The road to Punta Allen after the entry is in such a bad condition that you only can drive 10-20 km/h, over 1 Mio. potholes in 3 h and more…actually, it brings something nice I will mention below.

Finally, jungle, that what I wanted. To move forward I walked as well as hitch hiked. It was not a problem at all (: A couple (german girl, mexican boy) brought me into Sian Ka´an by car and after 3 km I walked on. Left and right side jungle only. A way to the lagoon must be found first because you can not walk through the mangroves. And then I found one… 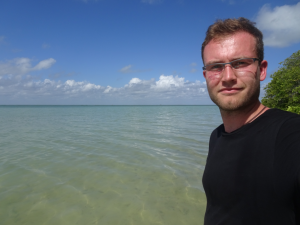 From that point a moved on until I found a way to the ocean. I walked this way and before I saw the ocean I found an old abandoned house. I left my backpack there and headed to the ocean. The silence, space without human and freedom heated up my serotonin level. I decided to stay there one night. Before I needed to inspect the house and I built a door out of palm leaves. 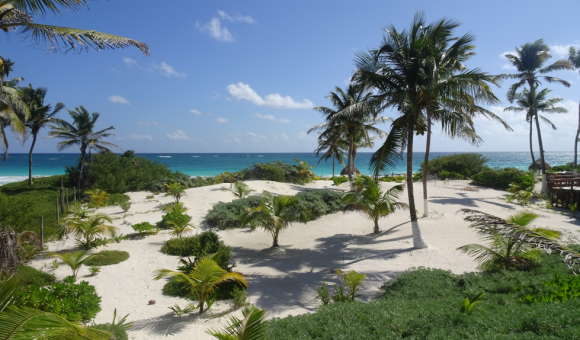 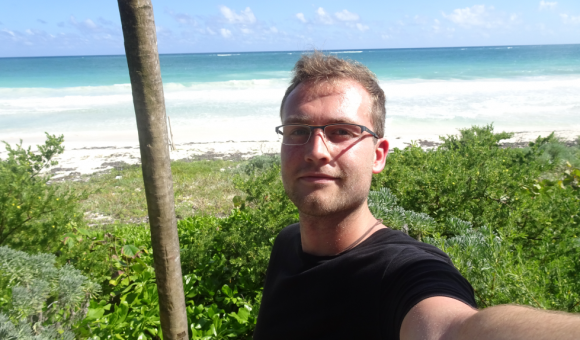 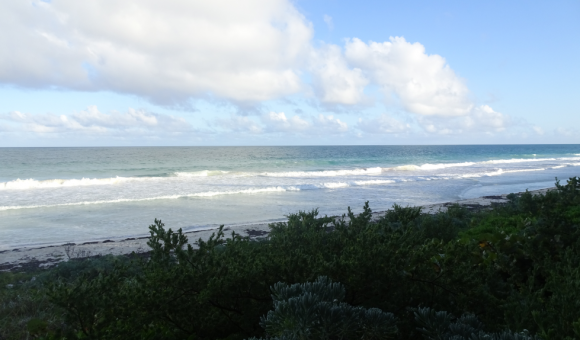 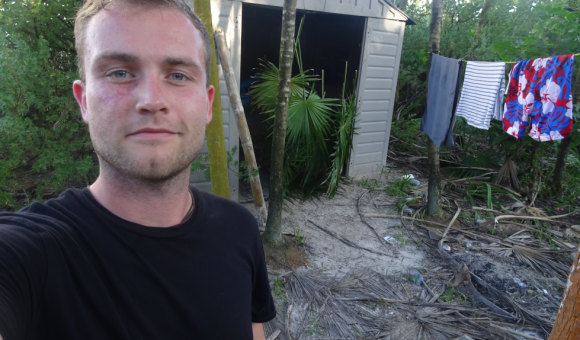 I prepared everything for the night, hung up my hammock and looked for possibilities to protect the door as good as possible (typical german: safety ^^). The sun was high above the jungle that I took a swim and enjoyed the moment intensively. The next properties were far away so the ocean, the sun, I and the beach were in a wonderful harmony together.
Before the sun faded on the opposite side of the horizon, I sat on a wood blunt on my view point. I did nothing. I just starred to the distance, as if I would look for a ship like Robinson Crusoe. My mind started working and I watched the thoughts. At some point I saw a thought that asked myself, “What I am doing here?”. I looked around and tried to understand where I am and why I am there…of course, I am looking for the adventure, the adrenalin, the freedom. The curiouse motivates me. Nevertheless I became afraid of the night. I mean, it was the first time I slept alone outside, in an unknown environment. Around 7 PM it became dark and I went to bed. What else should I do? I closed the door and put myself into the hammock. I tried to sleep….

The night was over…

It became light very early and I was already awake to watch the sunrise…and happy to survived the night. The mosquitos did not like me luckily.
The environment was very foggy that the sun rays had no chance yet. But later they made it over the mist and heated up everything again. So I was swimming again, swimming at my own beach, where was no human soul =) 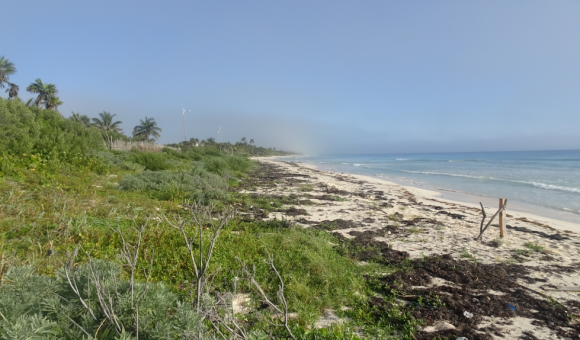 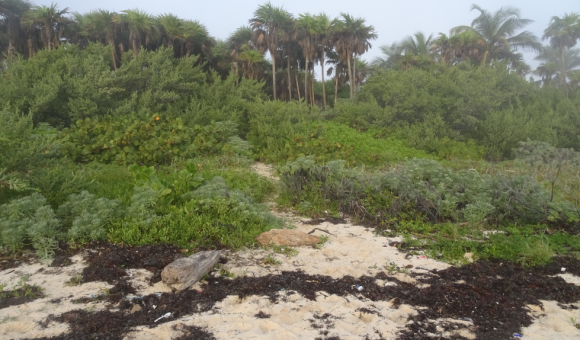 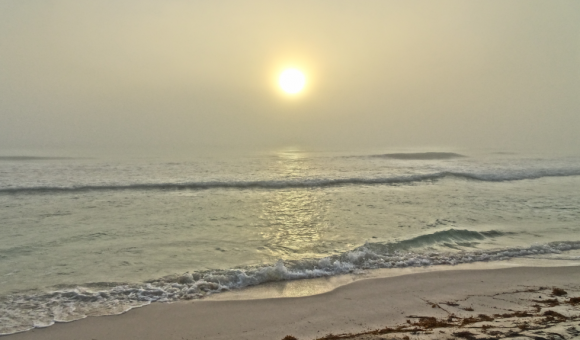 I stood in the water with the view to the beach. The unbelievable expression of the environment overwhelmed me, that I was happy to spent the night there. The spray of the ocean in combination with the sunrise let a rainbow appear above my camp. I could see it from the beginning to the end. It was amazing! I lived the moment for 136 %.

Moving on… After I put my stuff together and back on the street, one decision was open. Should I go farer to left or right back? I walked left for a while until a swiss family picked me up. We drove until the next bridge Boca Paila until they decided to turn back. I left the car to take the next ride to down, because I had no clue what is going on there. Curiosity. Later I found out it was the Tortelliero who picked me up, a guy that drives to Punta Allen every day to sell Tortillas.

As I arrived I thought I was back on Cuba. Streets out of sand and limited groceries in the four small shops. I walked to the camping side of Cuzan after an old man told me about this. I could not realize where I was. It was the paradise and the dimension of the ocean and sky made me speechless. 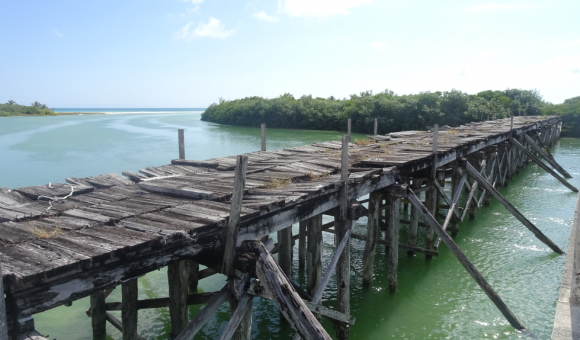 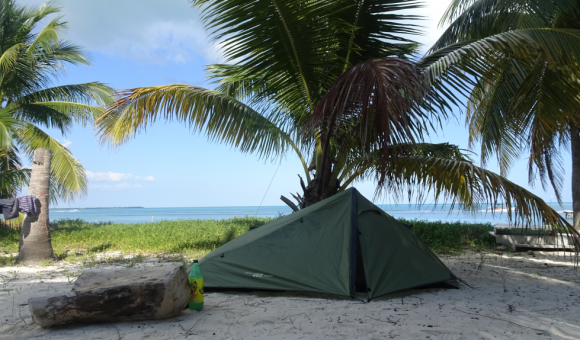 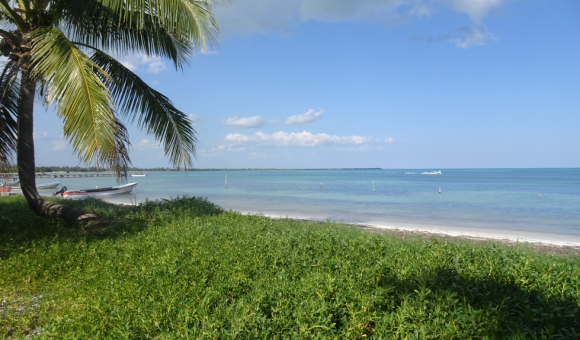 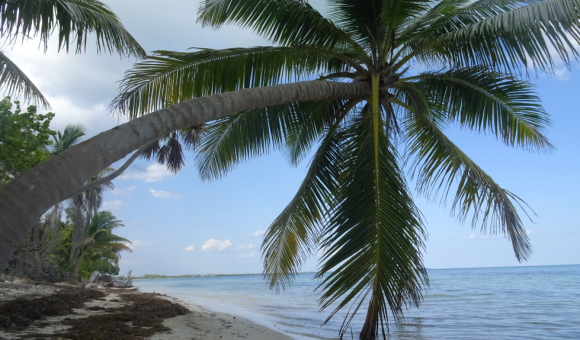 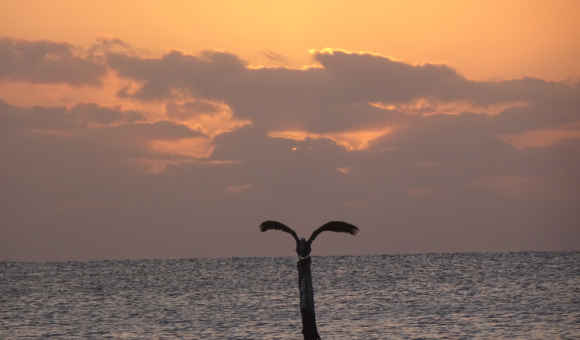 What makes Punta Allen so special? Well, you can leave your smartphone at home because there is no mobile service. Electricity is available from 10:30 AM to 2:30 PM and 6 PM to 12 AM. The population is about 400 and a few tourists, who are on holidays. After a few days you can feel the low radiation and what effect it has on our body otherwise. In reason of the bad condition of the street, only just a few people make it to Punta Allen what keeps this place away from mass tourism (:

I spent there one week. In the first days I was relaxing a lot and consuming the moment. Because it is a small village you can get in touch with people easily. So I got to know Mika after a few days. Mika left Germany 18 years ago for Tulum and since she has her well known restaurant Azafran in Tulum. The taste of the food is like a dream, I mean, where else in Mexico you can eat Bratwurst with Stamps and Sauerkraut? 😀

Bratwurst with Stamps and Sauerkraut at Azafran, Tulum (Yes, I ate already a bite of the sausage) 😀

Why I got in touch with her was, I helped her with her house in Punta Allen. She will open up a small bar there.
After a long time I had a task and could crafted a bit (: I could finish some shelves and a bench. 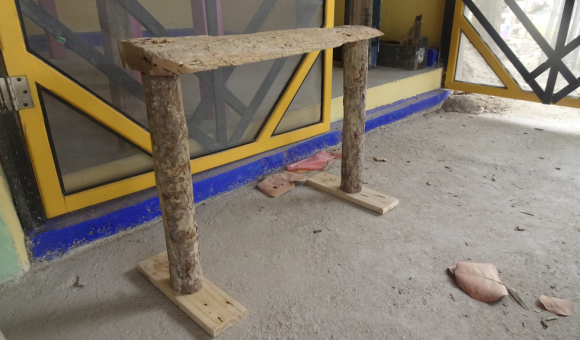 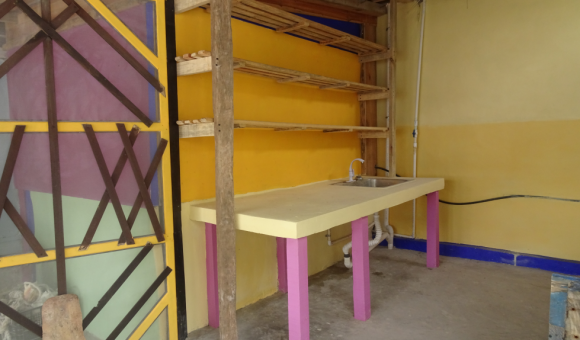 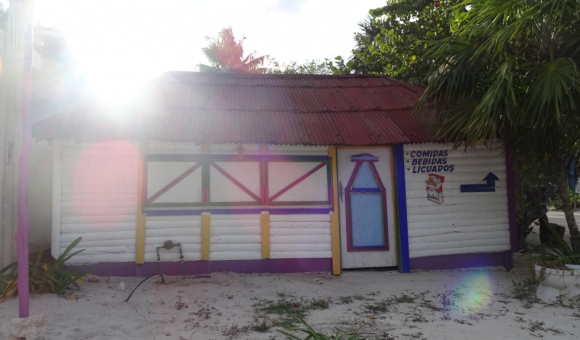 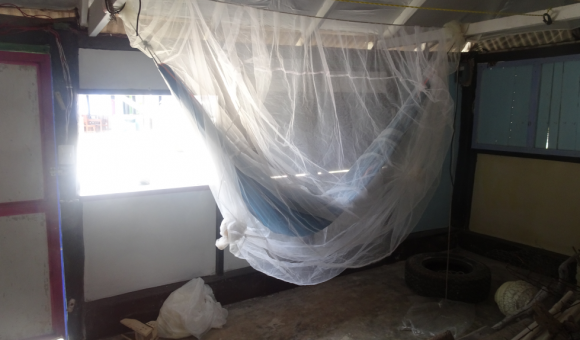 The time in Punta Allen was wonderful. The contrast of relaxation and work, silence and action, warm and cold, gave me further energy. Because of the infinite distance of the ocean and sky the mind can be free, free of all the negative thoughts, that fill 90 % of our mind every day. 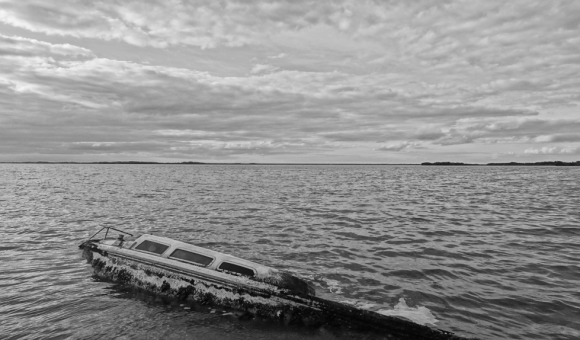 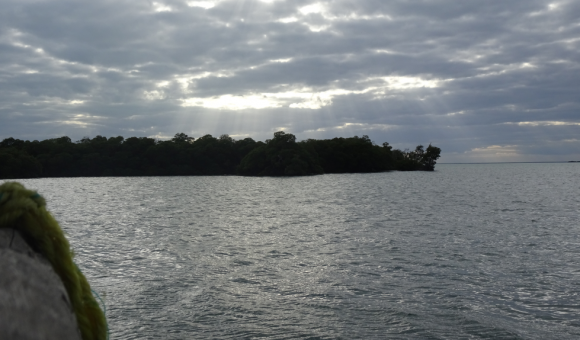 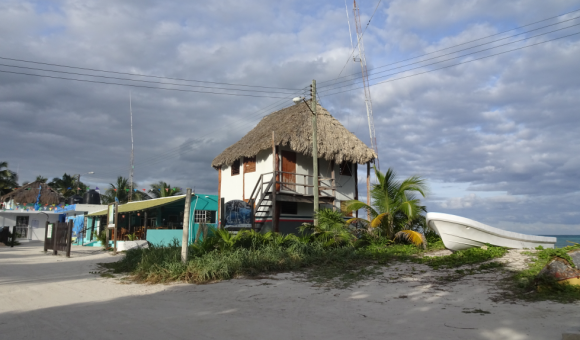 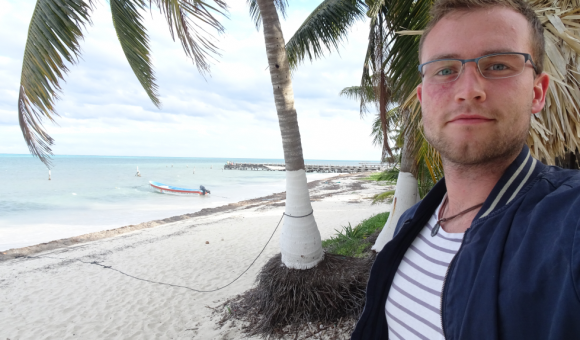 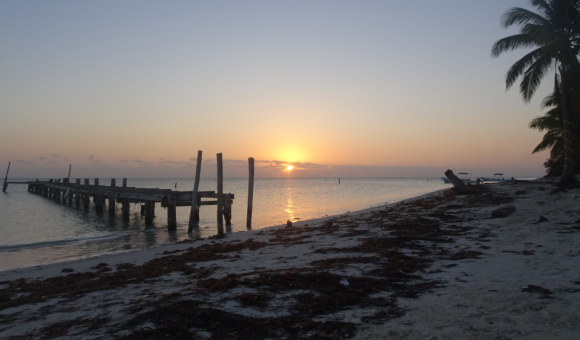 A small secret hint: The stars in Punta Allen are unique. In the evening it is very dark because of the less lights and the next city is far away. Then you can see unbelievable many stars. The orion belt glows very strong and the bunch of starts like the plejades (seven sisters) are visible as well.